A visit to Madame Tussauds London with kids

My boys have always liked Star Wars, influenced by their Dad’s obsession with the series, but over the last year since attending the Jedi Training Academy at Walt Disney World that like has grown in love.
When Isaac had his birthday back in April, he asked to go to Madame Tussauds as he wanted to see their Star Wars exhibition but it is something we kept putting off due to work commitments.
During the last week of the school holidays we surprised the kids with a visit to London and started the day with a visit to Dinosaur World Live in Greenwich, which they loved.
Once that had finished we jumped on the tube and told the kids our destination was Baker Street, leading them to believe that we were off to see something to do with Sherlock Holmes……….it was a lot of fun seeing Isaac’s excitement when we emerged from the station to see Madame Tussauds in front of us.

We were slightly nervous that being the school holidays that it was going to be busy, but as Premium Merlin Annual Pass holders, we skipped to the front of the queue and were ushered inside straight away.

If you are taking Star Wars mad children, it is important to prepare them for the fact that it is the last thing they will see, but there is plenty to excite them along the way.

We arrived at 3pm and although fairly busy, it was a lot quieter than earlier in the day and we didn’t have to wait more than a couple of minutes to pose with the exhibits we wanted to.

There are a number of new exhibits there since our last visit, back in 2016. Hubby loved Alien Escape, which he did alone as it is not suitable for kids, whilst we waited and posed with some of our favourite film characters at the other side of the exhibit.

The great thing about Madame Tussauds, is that it opens up conversations with the kids. As well as famous faces from the world of film and politics, there are also lots of historical characters that the kids are learning about in school.

I am not entirely sure why they wanted a picture with Donald Trump – maybe they were trying to give him some advice??

The kids particularly enjoyed visiting the music area, posing with some of their favourite stars and sitting in rotating chair from The Voice.

It was then onto the Sherlock Holmes Experience, which challenges you to unleash your inner Sherlock as you enter the mysterious world of the fictional detective in a live walk through adventure.

The Spirit of London Taxi ride was next, which sees you through some of the greatest historical and cultural events that have shaped London through the ages.

When you exit the taxi ride you come face to face with more stars of the big screen, only this time of the superhero variety.

The Marvel area gives you the chance to feel what it’s like to have super powers. The kids loved hanging from the ceiling with Spider-Man, getting to grips with Wolverine’s retractable claws, feeling The Incredible Hulk’s mighty squeeze, and stand strong alongside Captain America and Iron Man.

On previous visits to Madame Tussauds we have always by-passed the Marvel 4D movie as the kids didn’t want to see it, but this time Isaac was keen to watch it so Daddy took Eliza and Sebby off whilst we settled in to watch it.

I actually think they would have loved it. The 360-degree, 4D cinema attraction, is packed full of high impact special effects as the audience joins a crack team of Super Heroes including Hulk, Spider-Man, Wolverine, and Iron Man in a battle against one of Marvel’s most villainous baddies.

And finally, it was onto the exhibit we had come to see – Star Wars!

You enter the exhibition straight from the 4D film and would recommend that you hang back as the initial rush clears quickly allowing you lots of time to pose with the characters.

Explore a galaxy of locations, including the swamps of Dagobah, Jabba’s Throne Room and the flight deck of the Millennium Falcon.

I think the Millennium Falcon was the highlight of our visit, as you could sit in the pilots seat with Chewbacca and make a jump through hyperspace.

However, the kids loved it all, especially playing up for the camera.

There are a couple of areas within this part of Madam Tussauds, where there are photographers taking pictures which you can have printed, however you are more than welcome to take your own.

Don’t miss the Darth Vader “I am your father” moment.

Will you join forces with the Jedi, or the Sith?

It always surprises me how long you spend in Madame Tussauds and we spent a good three hours looking round.

Standard tickets for Madame Tussauds cost from £27 per person and it is much cheaper to buy online in advance, but do check their deals, as there are some amazing offers on combined tickets to all the Merlin attractions in London, which include Shrek’s Adventure, the London Eye, London Dungeons and Sea Life Centre.
Fancy visiting Madame Tussauds but live too far north – why not check out their Blackpool site as featured on Pink Oddy blog. 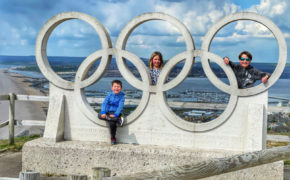 Places to visit with the kids in Dorset for free 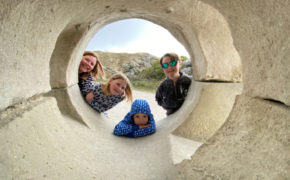 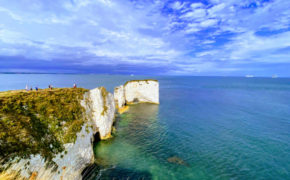