A day at the Ancient Technology Centre – Cranborne

We are always on the look out for days out with a difference and it is always extra special when we find one our doorstep.
We first heard of the Ancient Technology Centre in Cranborne last year when our friends moved to the village and it is literally a hidden gem, tucked behind the primary school.
The Ancient Technology Centre is a historically based activity centre for children and young adults which is by extremely friendly and enthusiastic volunteers who make you feel welcome from the moment you arrive.
The centre is normally accessed via school visits, Learning Centre visits, Duke of Edinburgh Awards, Colleges and University field studies, however a few times a year they hold public events and this weekend it was their pre-history weekend and we headed up the road to check it out.
The centre is all outside, so if you plan to visit I recommend your wear your wellies as it is quite muddy in places, despite straw being laid on the floor to protect the ground and absorb some of the mud.
As you enter the centre, we walked past some ancient reed buildings and a large pond before being greeted by a Roman Water Lifting machine that the kids were fascinated by and it took three of us to get it moving and start picking up the water.

Just opposite this we were introduced to our first tools of the day and the kids were invited to chop wood with two different types of axes to see which one worked better.

Both Sebastian and Eliza tried a flint axe and a bronze axe and both decided that cutting was easier with the bronze one.

Next up was a tent full of the different textiles they would have used in ancient times.

Eliza and Sebby were keen to learn to weave and after a wobbly start, they both got the hang of it and produced a brilliant piece of fabric that could have been worn as a headband or belt. In fact I probably could have left Eliza there all day as she loved weaving.

In the grounds are an exciting array of 6 different buildings; an Iron Age roundhouse, a fascinating Earth House, a Viking Longhouse, a Neolithic Log Cabin, a Saxon Workshop and a Roman Forge as well as tents set up with various exhibits.

The exhibits were there to showcase the many different and exciting technologies and lifestyles of Prehistoric Britain ranging from the Stone Age to the late Iron Age. Most of the volunteers were in costume which really added to the experience and all had extensive knowledge of their area of expertise and happily explained how things work or how our ancestors lived.

The best thing about the day is that the kids could actually take part in the activities, which kept them interested and engaged.

Isaac is normally my keen archer, but it looks like Sebby is going to be giving him a run for his money, as he hit the target every time!!

It was the Roman Forge that really caught Eliza’s attention and she loved helping the blacksmith make a really hot fire with the bellows so he could make an arrowhead and an axe.

It was fascinating watching the blacksmith hammering away to shape his tools and the process was much quicker than I thought it would be.

For a small donation you can even take your creations home with you too.

Also at the event were Albion Falconry, a team dedicated to the credible research and preservation of the historical techniques used in Falconry. Their birds were on display throughout the day plus we got to see an exciting display of the worlds fastest bird – the Peregrine Falcon.

There was plenty of food to try, including some authentic bread, as well as being shown how food was preserved for the winter months.

There were also some yummy jacket potatoes available for the less adventurous in the Viking Longhouse.

Sebby’s favourite activity was involved seeing how they would have caught, prepared and eaten their meat and he was full of question after question for the man doing the demonstrations.

I probably wouldn’t recommend watching this demonstration if you are sensitive to animal dissection, as it involved showing the best way to take a dead pigeon apart to get the breast meat by just using your hands and gutting a trout, but it certainly drew in a crowd and was fascinating to watch.

It certainly gives children the knowledge of where food comes from and how it is prepared.

Around the corner, there were more volunteers working with animal pelts and tanning hides.

Tickets for this event cost £10 for adults, £5 for children 4-16yrs, with under 4’s free.
The centre is only open to the public on certain dates of the year, so I recommend visiting their events page or their facebook page for more details. We are definitely going to go back for the Dark Ages weekend in July and their Apple Day in September, where you get to see your apples turned into cider with the fruit press. 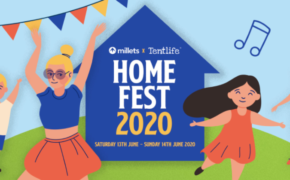 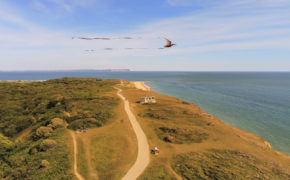 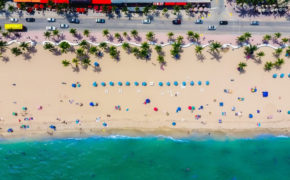