Practically Perfect in Every Way!

It is not often that Hubby and I get out without the children but when we do it is something we make the most of.
For Mother’s Day this year the kids (aka Hubby) bought tickets to go and see Mary Poppins the musical which is touring the country at the moment and has made a stop at Southampton’s Mayflower Theatre.
I adore the film and couldn’t wait to see how they transported all my favourite songs from TV to stage and was not disappointed. In fact both Hubby and I were blown away by the amazing performances by Zizi Strallen as Mary Poppins and Matt Lee as Bert.

The show is based loosely on the magical story of the world’s favourite Nanny arriving on Cherry Tree Lane and those expecting a faithful reproduction of the film may be disappointed. Some of the infamous songs are at different points in the show but once you get your head around the fact that the story is being told in a slightly different way, delving more into the Banks family’s past and various relationships, you can’t help but enjoy the spectacle that unfolds in front of you.
The sets and set changes were very clever and transported you from the grey skies of London to the neon bright, colourful and magical world created by Poppins. All my favourite songs, including A Spoonful Of Sugar, Chim Chim Cher-ee and Supercalifragilisticexpialidocious were included, as well as all the best-loved characters along with some fabulous new ones.

The whole show is spectacular from beginning to end with dazzling choreography, incredible effects and unforgettable songs. I love how they did Supercalifragilisticexpialidocious and how they remember all the moves to the dance I don’t know (I am on a mission to learn it), but for me Step In Time stole the show with some fabulous tap dancing on and above the stage.
Mary Poppins the musical is a truly magical show and had us clapping, tapping and even singing along and the whole cast fully deserved the standing ovation they got from the whole theatre at the end of the show. I don’t think I will ever walk up the stairs in the same way ever again after seeing the way Mary does it.

I cannot get across just how brilliant this show was, but safe to say I had goosebumps from beginning to end. You can find details of the show and their tour dates at www.marypoppins.co.uk – go on, book a ticket now, spit-spot!

A Visit to Sculpture by the Lakes in Dorset 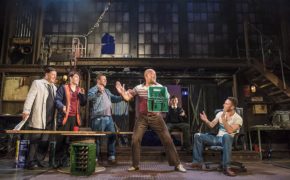 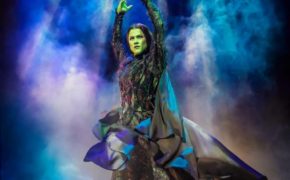 Wicked on Tour at the Mayflower, Southampton – Review