I was brought up in the 1980’s and my TV programmes of choice were always Knight Rider, The A-Team, Dukes of Hazard and Fame.

In fact, I have clear memories of making up dance routines in my lounge, to the soundtrack of Fame – probably very badly!!

Last night, we were invited to relive our youth and see the 30th anniversary tour of Fame at Bournemouth Pavilion.

Set in 1984, the musical follows the lives of students at New York’s High School For The Performing Arts as they navigate their way through the highs and lows, the romances and the heartbreaks and the ultimate elation of life. This bittersweet but uplifting triumph of a show explores the issues that confront many young people today: prejudice, identity, pride, literacy, sexuality, substance abuse and perseverance.

The musical bursts open with the kids all auditioning for their places at the coveted New York High School For The Performing Arts. The successful candidates then meet their head of year, Miss Sherman, played by Mica Paris, before launching into the song “Hard Work”.

If you are thinking of taking the kids to see it, I would advise not to as Fame laced with less-than-subtle innuendos and the occasional swear word.

That said, it is packed full of spectacular dance routines, toe-tapping songs and raw emotion. Mica Paris steals the show the song, “These are my children”, closely followed by Stephanie Rojas as the feisty Carmen, but the whole cast are amazing with beautiful voices and live instrument playing.

The show ends on a high note and the finale gets the whole theatre on its feet with the whole audience dancing and singing along to Irene Cara’s theme tune – Fame! (I’m going to live forever)………

Fame the Musical is at Bournemouth Pavilion until 31st August, before it continues its tour around the country. Find more dates and locations at fameuktour.co.uk/

Disclaimer: We were guests of Bournemouth Pavilion for the purpose of a review. All thoughts and opinions are our own. 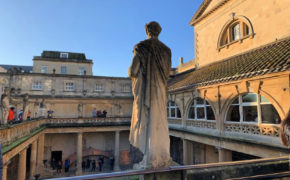 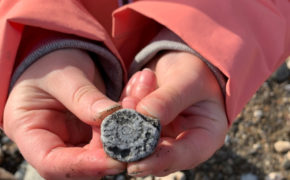