Teaching the kids about the Battle of Hastings at Battle Abbey

A couple of weeks ago, we were invited to stay in a stunning holiday cottage in Littlesea, by Kent and Sussex Cottages.

We travelled up on Friday night via the motorways, however, on Sunday we came home I decided to take the coastal route back through Sussex so we could stagger our journey and visit some attractions on the way back to Dorset, with our first stop being Battle Abbey in Hastings.

Battle Abbey is a partially ruined Benedictine abbey in Battle, East Sussex and is famous for being built on the site of the Battle of Hastings.

I find the kids don’t learn history at school like we used to and their only recollection of the Battle of Hastings was from a couple of years ago when we visited the Bayeux Tapestry in Normandy and from watching Horrible Histories.

The Battle of Hastings remains one of the most famous battles in English history and the year 1066 is ingrained in my memory from visiting Battle on a school trip many, many years ago. If I am honest, I remember it being a bit boring traipsing around a field trying to imagine what the battle would have been like, but fast forward to the present day, there is lots to keep the kids interested, entertained and occupied.

Our first stop was the Gatehouse Exhibition which examines important stories of the abbey in the years after 1066 and features original artefacts found in the abbey and surrounding area.

It’s a bit of a climb up the spiral stone staircase, but I highly recommend heading to the rooftop, where you can enjoy a stunning panoramic view across the town and the 1066 landscape.

A short walk from the Gatehouse is a modern visitor centre which gives you the history of the great Battle and why it came about.

There is a film to watch which gives you a brilliant insight into the battle as well as interactive displays and some of the weapons that were used.

From there you can either visit the adventure play park, which I struggled to get the kids out of, or head to the 1066 Battlefield.

For the 1066 Battlefield, I strongly recommend you use the audio guide as it really brings to life what the battle would have been like for those taking part.

For the kids, there is a brilliant wood carved sculpture trail, which runs alongside information boards and makes them want to race off and find the next one along the mile long trail.

The wooden sculptures are of Norman and Saxon soldiers and line the footpath around the battlefield.

It is a lovely walk through woodland and fields and as well as the sculptures, we were spotting plants and flowers as well as climbing a few trees.

As you come to the end of the walk you reach the ruins of the Abbey, where you can explore inside and even stand on the spot where King Harold was said to have died.

Make sure you head inside to admire the stonework and acoustics of the 13th century rib-vaulted dormitory range.

A visit to Battle Abbey is amazing and I would love to return to see the re-enactment of the battle which is being staged on the anniversary of the event on 12/13th October 2019.

Entry to Battle Abbey is free with an English Heritage Membership, or costs £32 for a family ticket. 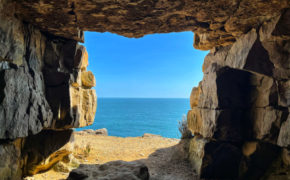 Dorset: Exploring the caves at Winspit 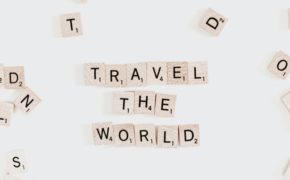 AD: How to travel when you have allergies 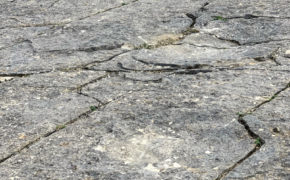