A Visit to Car Fest South

Right at the end of the summer we spent our last weekend of freedom at Car Fest South in Hampshire thanks to an invite from Peugeot.
As it is less than an hour from home and we had just returned from a holiday abroad we made the decision to travel up to the event on both days, rather than camp.
I have always wanted to go to Car Fest, but Hubby is not car mad and was skeptical about a car led event, but we all had the most amazing time.
Car Fest is an annual motoring festival held in Cheshire (“CarFest North”) and Hampshire (“CarFest South”), England. It was founded by the radio presenter Chris Evans in 2012, and raises funds for Children in Need – over £6 million for the charity so far.

Car Fest really was a unique and fabulous mix of music, cars and fun for all the family. Walking up to the entrance you could hear the roar of engines and the excitement grew, especially with Isaac and Sebby who both love cars.

One of the first things that came in to view was the display track which had a variety of cars roaring up and down it, performing donuts and other such stunts. The smell of rubber was quite intense but the boys were in their element.

After the stunt cars, there were display by a variety of sports cars, vintage cars etc but we made the decision to explore everything else the festival had to offer.

Alongside the main track the majority of the stalls were car manufacturers displaying their latest models, but many had fun activities for the kids to try. One of our favourites was Vauxhall, who had a fairground type car race that you had to complete by kicking a ball in the hole.

At the Volvo stand where I was lusting over my dream car, the XC90, the kids even got a free ice cream each.

As we moved further away from the track, there was more and more for the children to do, as well as lots of vintage cars and new cars on display in the Time Tunnel which included Chris Evans’ favourite cars and hubby’s dream car – Chitty Chitty Bang Bang and an Aston Martin Vulcan hypercar, valued at more than £2million.

There are not just cars for adults to admire either, although I did get rather nostalgic over Herbie.

Isaac and Sebastian were especially excited to not only see the Danger Car, but to sit inside and press all the buttons too – I may have been a little scared of their driving!

They even got to meet the big Mouse himself…..

There was also activities for Eliza to enjoy and she adored the Fairy’s who were offering glitter tattoos and face painting.

In the big top tent they had workshops for the children to get involved with, which included fun challenges, dances and shows. Although they had great fun in these I think they would have spent the whole day enjoying the Springfree Trampolines given half a chance.

We found the vintage section of the site which had old police cars, fire engines etc on display with everyone dressed appropriately and even selling vintage items.

There was even a small farm where you could up close and personal to some farm animals.

And on the subject of animals, they had camel racing too!

Car Fest is not just about vehicles, but over the other side of the track it had some amazing performers on its stages too, including Foxes, Will Young, Rick Astley, James Morrison, Stereophonics, The Feeling, Squeeze, Jamie Lawson and Status Quo to name but a few.

Also on this side of the display track was the food village which was rammed with local producers and a huge variety of food types to choose from.

Hidden away at the back was Megaland where we got to get up close and personal to some HUGE vehicles that the kids could actually clamber upon and take in the view from above.

Car Fest is so large that we missed some of what it had to offer including dance classes with Kevin and Joanne Clifton from Strictly Come Dancing and some of the music acts I wanted to see, but it sits up alongside Camp Bestival as a truly family friendly festival as it has plenty of clean facilities and fun activities for all ages.

Where else can you see dancing tractors framed by a Red Arrows flypast?

Thank you so much to Peugeot for our invite and the loan of a Peugeot 308 to get there, we had a blast!! 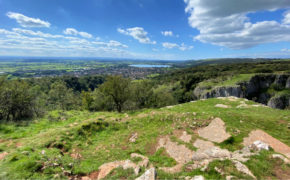 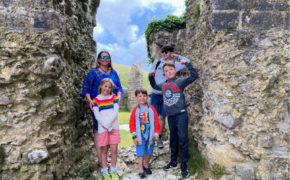 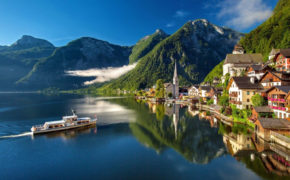